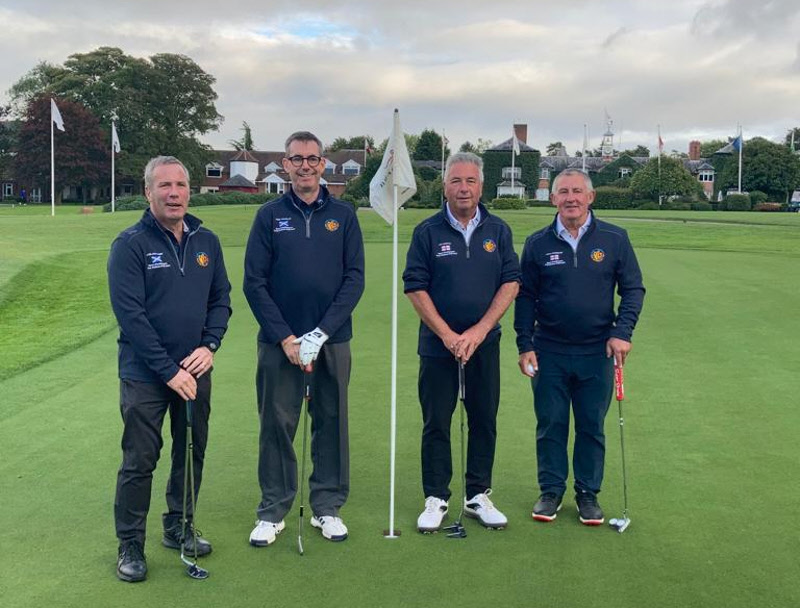 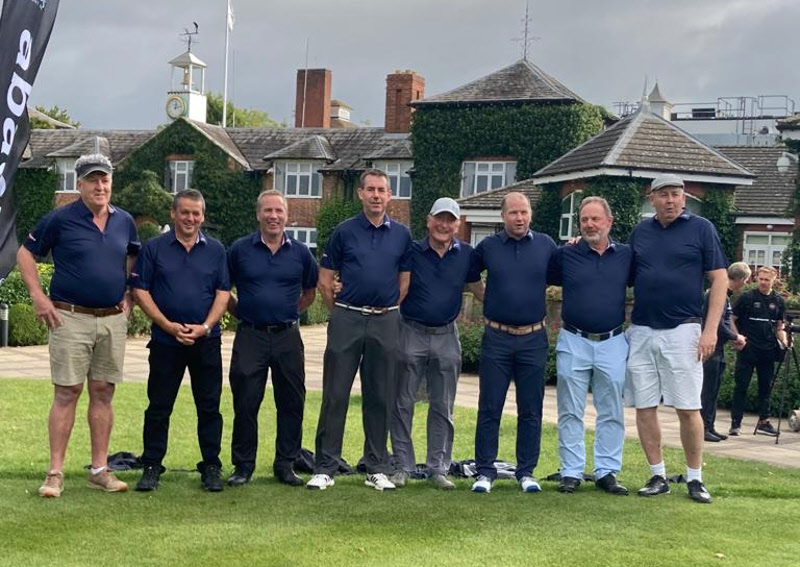 Fife Branch’s YP Group Golfing Goliaths, Andy McCaulay and Jarlath Busby had a once in a lifetime experience playing for Scotland in the Sport Parkinson’s Four Nations event at the Belfry last week.

Andy added “It was indeed a great honour to represent Scotland and to have been asked to be the team captain at such an iconic golf course and meet so many golfers who all get such a buzz from the game despite living with Parkinson`s.” He also added that “This only goes to show that having Parkinson’s is no barrier to doing well and participating in sport.”

Jarlath blames his wife, Dawn, for introducing him to golf about 20 years ago. Prior to that his main sport was rugby which seemed a much simpler game to grasp. He says that “Parkinson’s gives you a fresh perspective to appreciate the exercise and social interaction that even your worst round of golf offers.” Being an occasionally positive person, Jarlath recognises that the up side of being diagnosed with Parkinson’s was that he could quit work to concentrate on his golf. And the outcome? “Ironically my handicap is now lower than before I suffered from my handicap!”

Jarlath would like to claim credit for bringing his friend and team captain Andy back to golf after his PD diagnosis which was very rewarding until he started to beat him.

Jarlath and Andy would like to thank those who donated- it was a truly inspirational experience.
There’s still a chance to donate through PayPal.

No one has to live with Parkinsons alone. Join our group and meet others like yourself, get support and make new friends.

Wed, 1st Sep 2021
News updates The YP Group is back with Face to Face Meetings