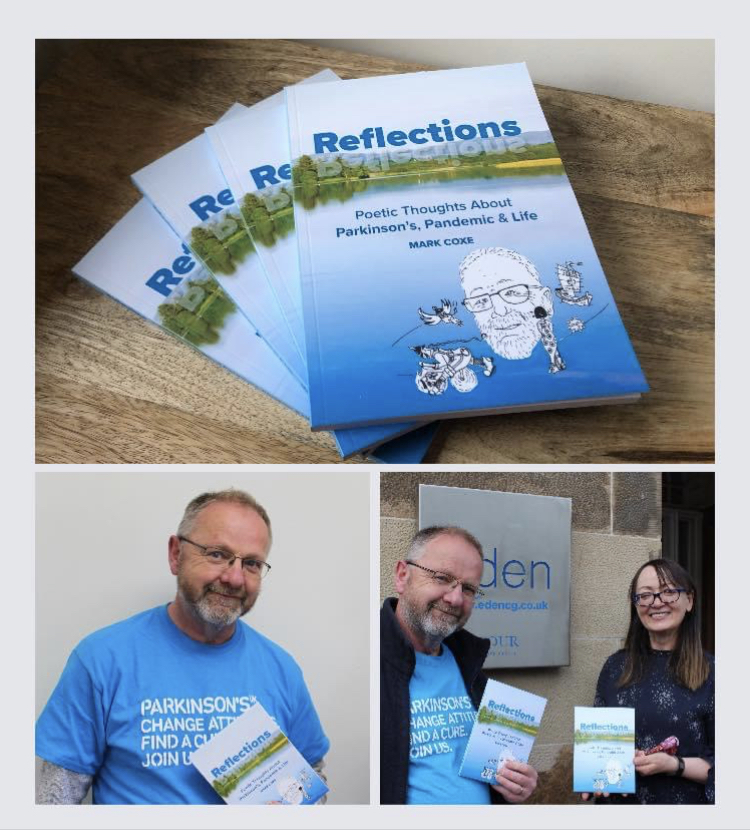 Reflections
Poetic thoughts about Parkinson`s, Pandemic & Life
This book is a little treasure which will delight, amuse and entertain most readers. From a man who hated poetry at school and into adulthood, Mark, a man who is living with Parkinson’s Disease (some days better than others) and woke up one morning with words flying round his head . . . . so it began.

The poems are an attempt to put Parkinson`s in its place but also take a cynical look at observations of life during the Pandemic. They are wonderfully illustrated by Mr Tom C. Murray OBE whose sense of humour shines through his drawings and complements Mark’s verse.

‘“I grinned all the way through this terrific collection.”
Paul Mayhew-Archer MBE. Co-writer of ‘The Vicar of Dibley’,
writer, stand-up comedian who is also living with Parkinson’s.

All proceeds from the sales of this book will go to Parkinson’s UK Scotland Active Appeal and the author`s Fife Support Group.Cost £10.00 plus £3.50 P&P, with all proceeds going to the charity.

No one has to live with Parkinsons alone. Join our group and meet others like yourself, get support and make new friends.